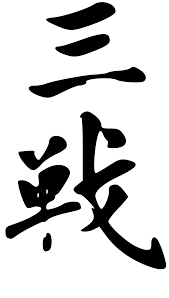 Sanshin kata translates as three conflicts: mind, body and spirit and is also a Goju Ryu kata. The simplicity and seemingly basic movements hide a deeper
understanding of harmonising the power beneath the feet. Sanshin will give the practitioner the ability to be able to root firmly into the ground thus able to absorb and redirect forces applied against you. Also within the practise of Sanshin you will be able to channel power into any part of your body used for defence and health. The stance is small and compact indicating that this is a close quarter fighting system, designed for strong powerful yet relax movements in a rooted stance.

Sanchin uses the sanchin dachi (三戦立ち) “sanchin stance” named for the kata. Practice of Sanchin seeks to develop the muscles and bones of the body, to help the practitioner withstand blows from an opponent, while drilling the basic mechanics of a strike that depends on a stable base. 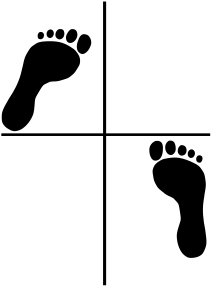 Sanchin is the first kata learned in Uechi-Ryū, while other styles may introduce it later. In Gōjū-Ryu, there are two Sanchin kata. The first, “Miyagi’s Sanchin” or sanchin dai ichi, was created by Chōjun Miyagi. The second, “Higashionna’s sanchin” or sanchin dai ni was taught with open hands, as in Uechi-Ryū, but later it was also revised to closed fists by Miyagi’s co-student Juhatsu Kyoda, founder of Tōon-Ryū, and adopted by Chōjun Miyagi as well. This kata was adopted by other styles such as the later Okinawan style Isshin-Ryū and Kyokushin.

Some styles use a method of checking strength, posture, hand concentration during the performance of the kata called shime (締め). This involves a range of techniques from hard strikes to check the tone of the student’s muscles and overall strength, to very soft and slow pushes and pulls to test the student’s ability to react in order to maintain his position.[5] 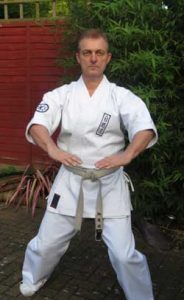