Weapons taught within the shizendo karate system are as follows

These weapons are taught on pre-arranged courses held throughout the year, please see calendar on website of talk to your club Instructor for details on the weapon courses held on Sunday mornings. 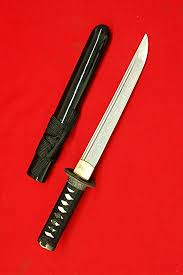 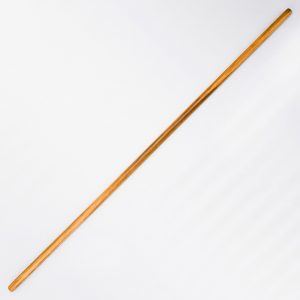 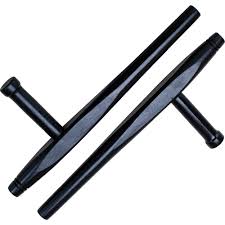 Matayoshi Shinpo Sensei, son of Matayoshi Shinko Sensei and successor to the Matayoshi line of Kobudo (weapons), was born in Okinawa in Yomitan Village, located in the Kina District on December 27, 1921. His father introduced Shinpo Sensei to the martial arts at the very young age of 6. However, Matayoshi Shinko Sensei did not limit his son to the practice of Kobudo; he also exposed Shinpo Sensei to Kingai Ryu, a White Crane open hand system. In 1937, Shinpo Sensei’s father also introduced him to the open hand system of Hakaku Kempo, which he learned from Gokenki Sensei. Although Shinpo Sensei would have various instructors throughout his life, his father remained his life-long instructor and mentor.
Matayoshi Shinpo Sensei remained in Okinawa until 1938, when he moved to Kawasaki-Shi in Kanagawa-Ken. He spent 19 years in the city of Kawasaki teaching and training. The year 1957 brought Shinpo Sensei back to Okinawa, where he taught kobudo predominantly in Goju Ryu dojos, namely that of Higa Sensei. While teaching kobudo in various karate dojos, Matayoshi Sensei realized that karate was growing in popularity, where as kobudo was not. Matayoshi Sensei wanted to increase the exposure of kobudo among the people of Okinawa, so he decided to form his own dojo.

In 1960, Matayoshi Shinpo Sensei founded his kobudo dojo in the city of Naha, and he called it the “Kodokan” in memory of, and as a dedication to his teacher and mentor Matayoshi Shinko Sensei. The significance of “Kodokan” is based on the kanji “Ko” (meaning “Light”), and is a tribute to the “Ko” from Shinko; for what Kodokan translates to the “Hall of the Enlightened Way

Once Matayoshi Sensei opened his dojo, he focused on contacting Kobudo instructors and students all over Japan. His intention was to unite Kobudo practitioners under one goal; to not only to spread the art of Kobudo, but also to try to maintain the traditions that had been passed down from Kobudo Senseis of earlier days. Matayoshi Sensei had a strong interest in promoting Kobudo among young students to help make them better citizens and contributors to society. As a result of this interest, Matayoshi Sensei formed the Ryukyu Kobudo Association in 1960. This association became the foundation of the Zen Okinawa Renmei or All Okinawa Kobudo League, which formed in 1972 and still exists today.

Matayoshi Shinpo Sensei appointed Gakiya Yoshiaki as head of the system before he died.  Matayoshi Sensei passed away in Okinawa on September 7, 1997, at the age of 76.

Weapons at Shi Zen Do