Basic punch, Outward, inward, upward and down receiving techniques, front and rear kick. All of these techniques are performed on the spot. Break falls are four directional, forward, back, left and right. Students need to know Dojo etiquette and be able to demonstrate this in class, they will also need to know the training rules, how to bow into class with seiza and be able to name each of the techniques performed.

Punching and kicking basics, perform signally from a fighting guard. Using the four Uke’s whilst in motion in a forward stance with turn, developing the posture, coordination, control and power. This is the basic foundation form

Punching and kicking combination, further developing the coordination and control using linked techniques. Use of the first form Uke Waza with added punch performed from a forward stance, developing the jun and Gyak.

Kushanku form, dynamic multi form with changing stances and postures, the longest kata in the system. Structured pairs work incorporating many of the postures of kata. Two sets of pairs work studied.

Traditional Kata, contrasting with slow powerful moves and fast explosive releasing techniques. Use wide and narrow weight shifting stance, hence the name of the stance as Yoko and Tate Seishan.

Chinto Kata, “Crane on the Rock” a light moving Kata with fast explosive movements performed with narrow stances at times on Sagiashi (heron stance) with turns. Amalgamation of everything thus so far learnt into one form. Two sets of pairs work are studied. 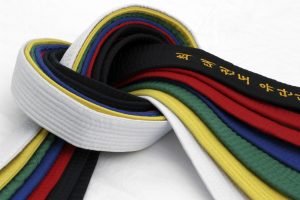